201: Learning to Human Better with Beth Weissenberger, Co-Founder and President of HG Corporate 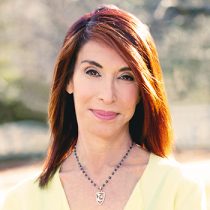 According to a report from the Personnel Management Association, when training is combined with coaching, individuals increase their productivity by an average of 86% as opposed to just 22% with training alone. Additionally, a survey by Manchester Inc. found that coaching provided an average return on investment of almost six times the cost of coaching.

Today’s guest, Beth Weissenberger, Co-Founder and President of HG Corporate (The Handel Group), offers a colorful look at the company’s fresh, rowdy, no holds barred approach that is taking both the personal and professional world of coaching by storm.

Since founding the Handel Group with her sister in 2004, Beth has become a personal coach to HG’s most senior executive clients, including business giants such as Live Nation, Ticketmaster, AIG, Citibank, and Chevron. Named one of BusinessWeek’s featured executive coaches, Beth also leads corporate seminars and writes articles on various topics related to leadership development and organizational integrity.

In this episode, Beth discusses the founding of HG corporate and the revolutionary Handel Method that is now used at over 50 educational institutions including Stanford Graduate School of Business, NYU, MIT, and Columbia to name a few. She takes a deeper dive on one of the company’s taglines “learning to human better” and how to build a radically honest culture by teaching people to speak up but “frame it beautifully.”

Beth explains what she means by personal integrity and how often the key to coaching is to get people to cut through the niceties and understand what aspects of their behavior suck. Finally, she leaves us with a tangible tip on influencing executives and how we can start to human better.

Beth’s introduction to the value of The Handel Method® was on a phone call with her younger sister, Lauren Zander. She was deeply affected by the rich value of her sister’s coaching. It was the first time that Beth truly understood and recognized the genius of Lauren’s methodologies. Combining Beth’s leadership and initiative with Lauren’s innovative approach and vision, Handel Group was born.

Beth, assisted by her executive team of Presidents and Managing Partners, has developed Handel Group into a company that now comprises Corporate Consulting, Private Coaching, Education, and Digital Divisions. Beth is a masterful coach and personally coaches our most senior executive clients as well as leading corporate seminars on a variety of topics. She was also a featured Executive Coach on Businessweek.com where she wrote articles and appeared in educational videos, addressing topics that related to leadership development, organizational integrity, and other important corporate issues.

A graduate of New York University, Beth completed her B.F.A. in Theater. At age 21, she became a staff member at one of the largest personal development companies in the country, later taking on expanded full-time roles as senior trainer, corporate manager, and international program leader. In the 15 years she was at that company, Beth led personal development seminars to more than 50,000 people globally.

Over the next eight years, Beth honed her craft as a senior management consultant at a California-based consulting firm, working primarily with public companies facing integration challenges. As head of sales, she, along with her team, produced the highest sales ever in the 18 year history of the firm.

Beth has worked with both public and private companies delivering results that included doubling sales, integrating previously “warring” divisions, and identifying the obstacles to signing multi-million dollar contracts in short time frames. Her ability to evolve corporate culture and bring about exponential financial growth has become her legacy. In addition, Beth leads her team of coaches in a joint venture with Live Nation.

Beth lives in New York with her daughter Max. She is currently enjoying a newfound and unexpected passion: horseback riding.