Want to move into the Next Generation of Wellness?

Click below to learn about our upcoming training, Next Generation Wellness: From Theory to Practice.

156: Why We’re All Biased with Howard Ross, Author and Founding Partner of Udarta Consulting 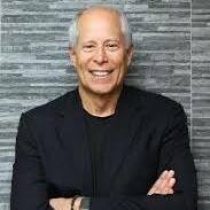 As wellness professionals we’re in a unique position to bring employees together. But as humans, we’re biased. We make stuff up about people all of the time. We do it at work on a daily basis. Even worse, our biases are rarely blatant. It’s usually subtle micro-behaviors that we often don’t notice. So, what can we do about it?

Today’s guest, Howard Ross, is considered one of the world’s seminal thought leaders on identifying and addressing unconscious bias. Howard has delivered programs in 47 states and over 40 other countries to audiences including Fortune 500 companies, colleges and universities, and major institutions within healthcare, government, and non-profit sectors. His newest book, Our Search for Belonging: How the Need for Connection Is Tearing Our Culture Apart describes how to bridge the divide in our increasingly polarized society.

In this interview, Howard and I talk about what’s changed in the area of Diversity and Inclusion in the past 30 years and what hasn’t. He then explains that we all have unconscious bias (even him) and Howard explains what we can do about it. He makes the provocative statement that “Maslow was wrong” and that our need to belong trumps any other need. Finally, Howard leaves us with his tangible tip.

Do you want a short summary of each week’s podcast? Each week, I send out an email that goes one step further than the interview. It’s my reflection of what I pulled out of the interview and at least one tip (and usually more) about how you can apply all the goodness to your work and life. If that sounds good, you can sign up HERE.

Howard Ross is lifelong social justice advocate, and is considered one of the world’s seminal thought leaders on identifying and addressing unconscious bias.  He is the author of ReInventing Diversity: Transforming Organizational Community to Strengthen People, Purpose and Performance, (published by Rowman and Littlefield in conjunction with SHRM in 2011), and the Washington Post best seller, Everyday Bias:  Identifying and Navigating Unconscious Judgments in Our Daily Lives, (published by Rowman and Littlefield in 2014).  His latest book, Our Search for Belonging:  How Our Need to Connect is Tearing Us Apart, was released by Berrett-Koehler in May of 2018.

Howard has specialized in the synthesis of neuro-cognitive and social science research and direct application re: Diversity, Inclusion, Equity and Accessibility work.  His client work has focused on the areas of corporate culture change, leadership development, and managing diversity. Ross has successfully implemented large-scale organizational culture change efforts in the area of managing diversity and cultural integration in academic institutions, professional services corporations, Fortune 500 companies, and retail, health care, media, and governmental institutions in 47 of the United States and over 40 countries worldwide.

Howard’s writings have been published by the Harvard Business Review, the Washington Post, the New York Times, Fast Company Magazine, Diversity Women Magazine, Forbes Magazine, Fortune Magazine and dozens of other publications.  He appears monthly on National Public Radio. Howard has served on numerous not-for-profits boards, including the Diversity Advisory Board of the Human Rights Campaign, the board of directors of the Dignity and Respect Campaign, and the board of the directors for the National Women’s Mentoring Network.

Howard founded Cook Ross Inc., one of the nation’s leading Diversity and Inclusion consultancies.  He sold the company in July, 2018.

Howard keynotes and speaks regularly at Conferences for SHRM, SHRM Diversity, the Forum for Workplace Inclusion, National Association of Corporate Directors , ATD, the World Diversity Forum, and dozens of others.

Check out the free resource below to learn how you can have greater impact & influence in your organization.