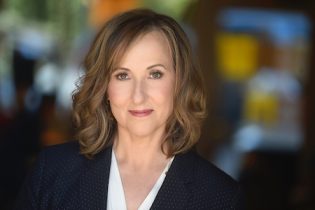 Cali Williams Yost, CEO and Founder of Flex and Strategy Group, makes a bold statement….employers aren’t going to be able to attract workers under the age of 35 if they don’t incorporate flexible work.

Cali helps leaders of traditional businesses build high performance flexible work cultures that attract and retain talent, optimize resources, increase productivity and improve well-being.
For more than two decades, she has provided leaders and employees with the insights, skills and tools to confidently embrace flexibility in the way work is done.

Flexible work is Cali’s jam and she is such a dynamo. In this interview we talk about the benefits of a flexible work culture, how it impacts well-being, what employers forget when implementing a flexible work strategy and she ends with two tangible tips – one for you as an individual and one for your org.

Cali makes a great point about flexible work…it’s not just work from home. There are many ways to incorporate flexible work within organizations. Also, she does a great job answering a question I had about hospital systems and how flexible work applies to the healthcare industry.

Also, click here to learn more about my upcoming training, Next Generation Wellness: From Theory to Practice.

Check out these highlights (with timestamps):

Known as “one of the most sophisticated thinkers” on work, life and flexibility, Cali Williams Yost is a flexible workplace strategist, researcher, author, speaker and founder of the Flex+Strategy Group.

A former commercial banker, Yost is an honors graduate of Columbia Business School and noted as an alumnus “Changing the World.” In 2018, Yost was named one of the global management thinkers “on the radar” by Thinkers50. She has also been cited as one of Forbes’s 40 Women to Watch Over 40.

For more than two decades, Yost has studied and changed the way business leaders and employees think about how, when and where we work. She has assisted hundreds of organizations, including Con Edison, Memorial Sloan Kettering, Quest Diagnostics and BDO USA, to create high performing flexible work cultures that strategically use flexibility, technology and workspace options to work smarter, and attract and retain top talent who value control over how to manage their work and lives. Along the way, she’s shown thousands of individuals how to take control of their work+life fit to find success on and off the job.

Frequently asked to provide media insight, Yost’s perspectives have been featured in The New York Times Magazine, Wall Street Journal and USA Today. She’s appeared multiple times on The Today Show including Maria Shriver’s “Doing it All” series and has been a guest on CNBC, Bloomberg TV and NPR. Yost is also a sought after speaker who’s delivered compelling presentations at such esteemed organizations as Stanford University, The United Nations and Singapore Government.

She is the author of the empowering Tweak It: Make What Matters to You Happen Every Day, (Center Street/Hachette, 2013), and critically-acclaimed, Work+Life: Finding the Fit That’s Right for You (Riverhead/Penguin Group, 2004). Yost has also been named one of Mashable’s top career experts on Twitter and has been awarded “Best of the Web” distinctions by Forbes.com.