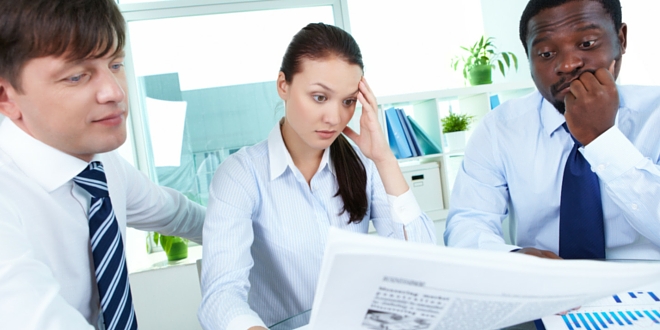 Is Your Workplace Psychologically Safe?

Learning behaviors, you remember them from school. Engagement is being highly involved in what you are doing; inquisitive, asking questions, seeking feedback, and learning from mistakes.

Then there is innovation, which requires taking some risks, and testing ideas with other team members. Perhaps collaboration spurred on with a touch of confrontation; challenging each other, while maintaining a high degree of mutual respect.

The organization that learns quickly and efficiently is miles ahead of the competition. But unfortunately leadership often unknowingly squelches behaviors. How can that be? Don’t our leaders tell everyone how important it is for us to share ideas, innovate, be engaged, and learn? Sometimes actions speak louder than words and inspirational posters.

So how do we get these learning behaviors in our organization? The answer is surprisingly simple but getting there is a challenge. The first step is stopping the behavior that suppresses it.

Learning behaviors in our organizations are often inhibited by subtle incivility. Not enough incivility to be considered bullying, but enough to inhibit learning. If people are afraid to ask questions, seek feedback, admit mistakes, or generally take actions that they perceive to be “psychologically” risky they will hold back.

Think of a time when you were in a meeting, especially with people of authority. You may have had something to add to the conversation, so a sub-vocalized risk/ reward conversation played out in your head. You were probably not even aware of it, but based on that internal conversation you either made a decision to ask a question or make a suggestion, or you choose to keep it inside.

Perhaps under different circumstances you felt comfortable asking, but maybe this time a certain someone is in the room that you fear might make a belittling remark, or cause a little embarrassment and as a result you keep the “learning behavior” bottled up.

One’s personal self-image at work is important and people spend a lot of energy protecting it. If we feel there is a risk of damaging that self-image, we don’t take the risk. And in not taking the risk, a small piece of organizational learning or knowledge is lost.

Amy Edmondson, at Harvard Business School, has conducted impressive research in this area of psychological safety. It plays a big role in how knowledge is created in an organization.

Edmondson’s work focused on hospitals and other high-risk workplaces where errors could be fatal or even catastrophic. She discovered that hospital employees who witness a problem or error would or would not speak up based on whether the setting was psychologically safe. If an arrogant surgeon had a habit of belittling or “biting the head off” anyone who questioned them, then the nurse, intern, or technician might just hold back his or her opinion putting the patient at risk.

In her research Edmondson found that health care settings with a greater degree of arrogance and incivility had a greater number of patient accidents, while workplaces with a high degree of psychological safety had significantly less. In psychologically safe environments folks would look out for each other collectively and speak up if something were amiss because of the lower interpersonal risk in doing so.

Not only does a psychologically safe environment lower interpersonal risk, it increases knowledge sharing and innovation. Not surprisingly, once people stop being afraid to speak up, they gradually become engaged in actively doing so. Allowing employees a place where they can engage in their work will lead to innovation.